On October 25, 2018, the Hotel Rzeszów hosted a conference summarizing the project “Rzeszów and Stropkov – cooperation for borderland culture” co-financed from the funds of the Cross-Border Cooperation Program Interreg V-A Poland-Slovakia 2014-2020.

The official inauguration of the event was made by the Vice-President of the City of Rzeszów – Mr. Stanisław Sienko and the Primator of the City of Stropkov – Mr. Ondrej Brendza. The project’s coordinators – Ms. Ewelina Ślęzak and Mr Peter Novak – told the audience about the main objectives and assumptions of the project, and above all of the activities implemented during the 17-month project implementation period. The presentation was complemented by the premiere screening of the promotional film, thanks to which the conference participants could not only take a virtual walk on the newly created 144-kilometer trail “Austro-Hungarian Tracks”, but also feel the spirit of events organized during the project – artistic exhibitions, historical lectures or workshops.

Later in the conference, the invited experts told the audience in an interesting way about the functioning of the areas of today’s Polish-Slovak borderland in the era of the Austro-Hungarian Monarchy, including in particular military history and education.

At the end, despite unfavorable weather, equipped with the reearch papers developed during the project (Guide to the trail “Austro-Hungary trails”) and mobile applications (in particular Rzeszów and Stropkov in the past and today), participants went for a walk around Rzeszów to learn about the city’s historical heritage from the period of the Monarchy. 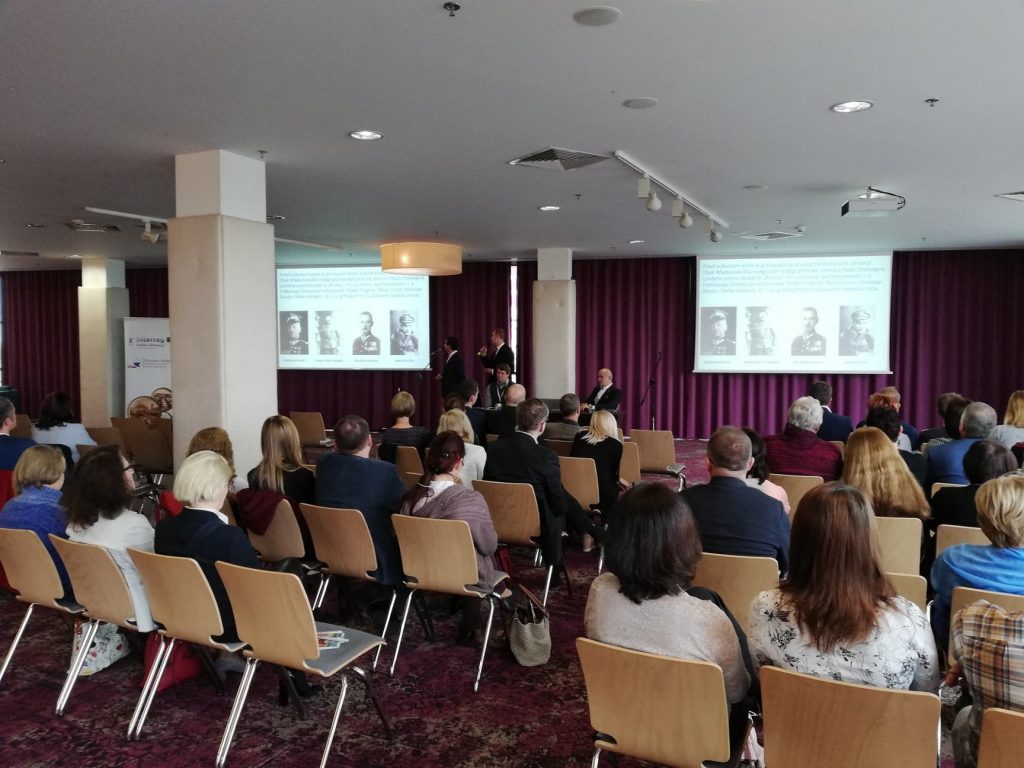 In addition to a large group of residents of the Polish-Slovak border area, the event was also visited by the, among the others, representatives of public authorities, local cultural institutions, education or associations acting to preserve local heritage resources.

The project was implemented by the Municipality of Rzeszów and the City of Stropkov in the period from 01/05/2017 to 30/10/2018. Its main objective was to increase the level of sustainable use of the cultural heritage resources of Rzeszów and Stropkov from the Austro-Hungarian Monarchy by residents and tourists.